"Up to the BEGINNING of September 1944, Mauser had only sold somewhere near 3,000 KKWs total. By the END of that same month of September 1944, the figure for their total had almost doubled. Buchenwald had been bombed out just the month before, and Mauser was the only source for KKWs after that. During September, October, and November of 1944 there was a new serial range of production initiated and an additional 5,000 KKWs turned out, with most of those being the second range bearing the enigmatic "D.F." suffix. Thus, if you do the math here, both the rifle pictured above (with one of the highest/last numbers) and your "early" 3100 range rifle were both turned out within a couple of months of each other.

There is a Mauser KKW recorded in the 3200 range with a stock (numbered to match) bearing the date of December 1943. The STOCK was made that month, but the rifle that went INTO that stock was not finished to leave the factory until almost a year later. The serial number in the stock was added AFTER the date of the stock's manufacture. It sat in a rack or bin until needed. The point here is that some information/evidence for dating the time of manufacture can be misleading, if not compared with other known data. The most reliable info for this are the Mauser factory production records which run on their FISCAL YEAR of October 1st to the following September 30th, inclusive." 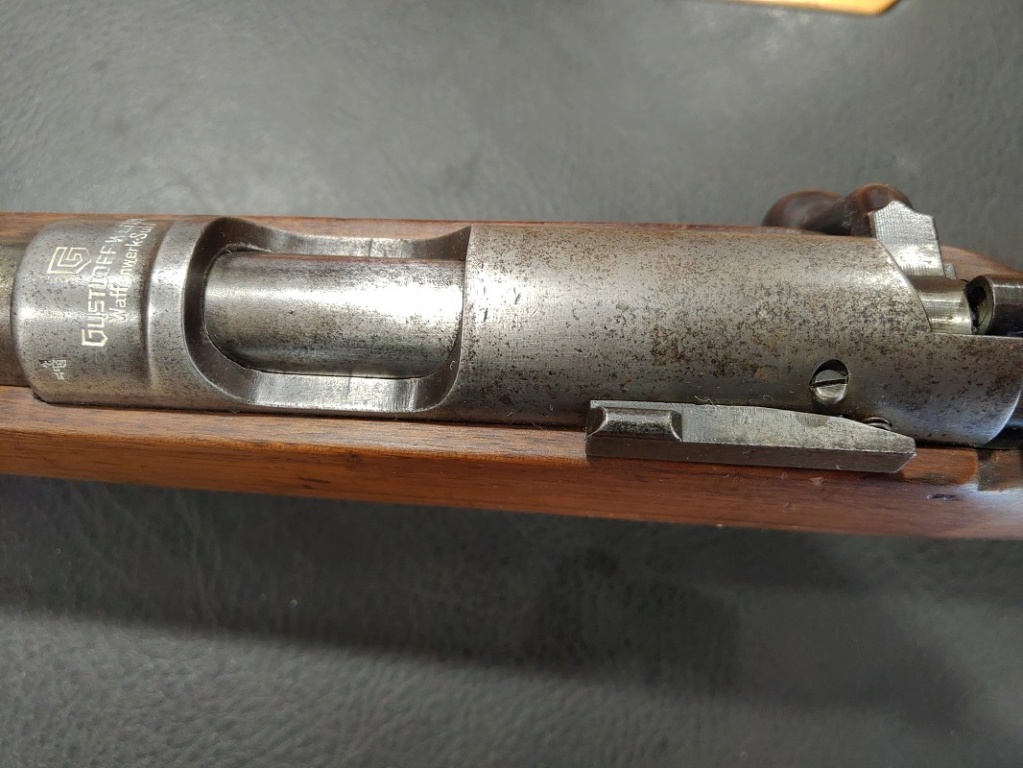