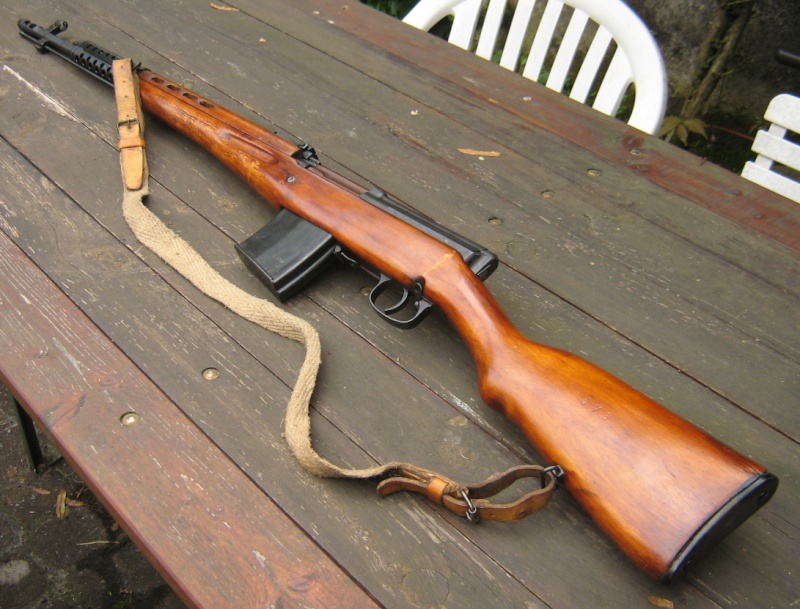 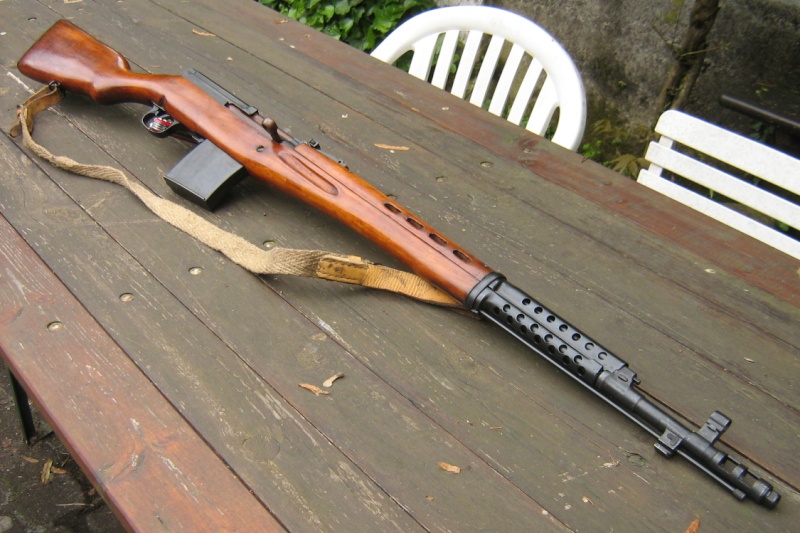 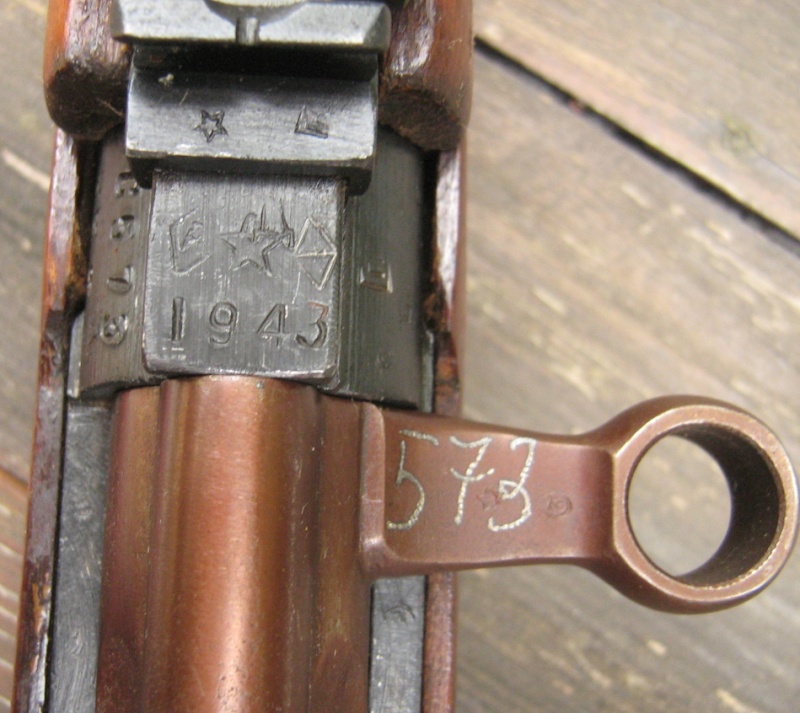 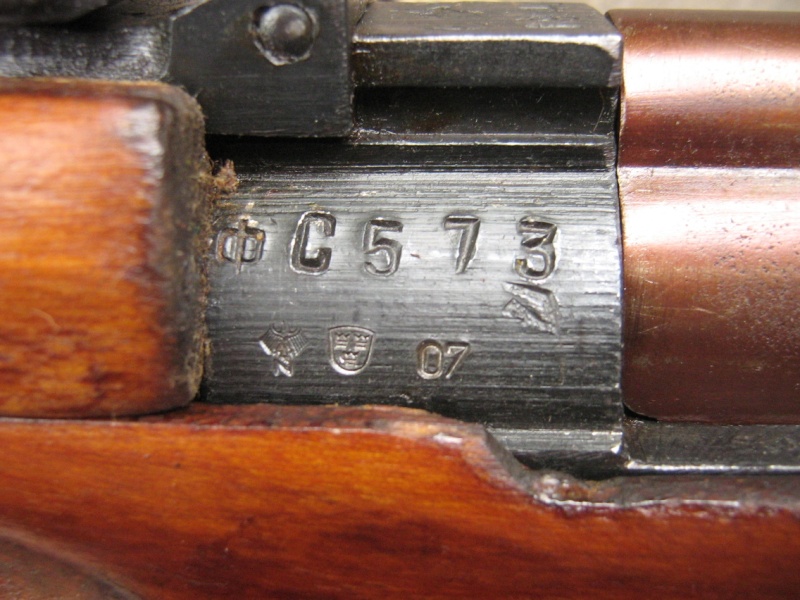 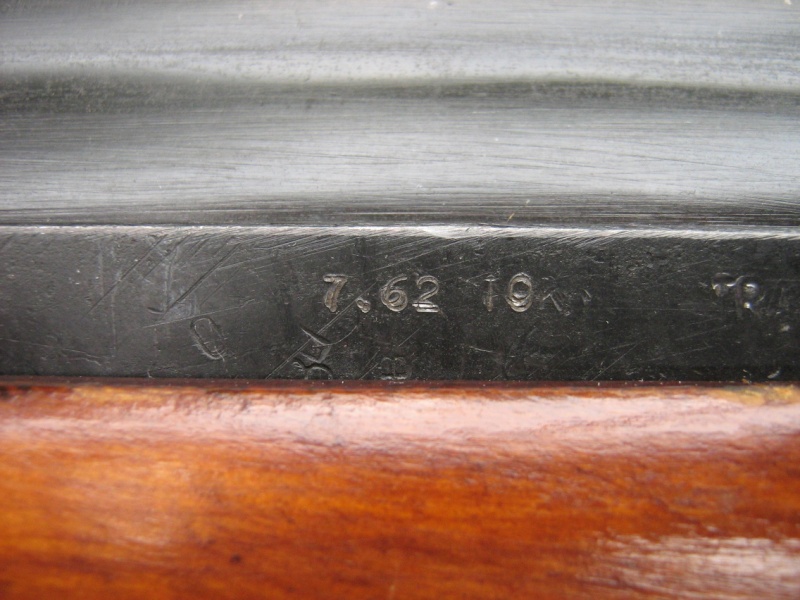 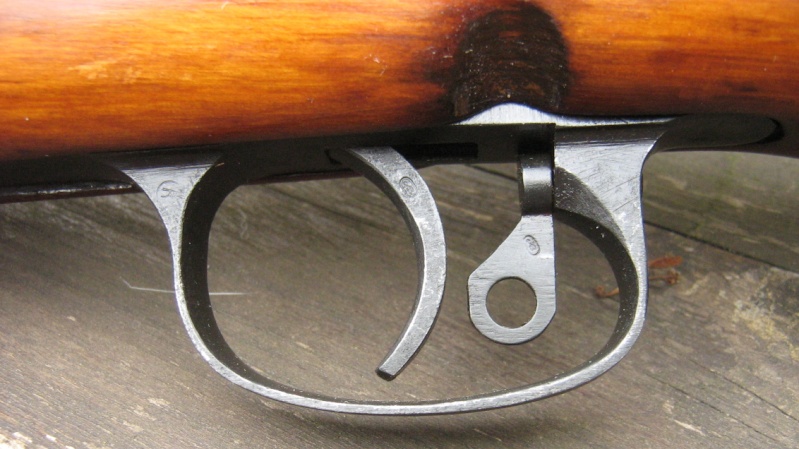 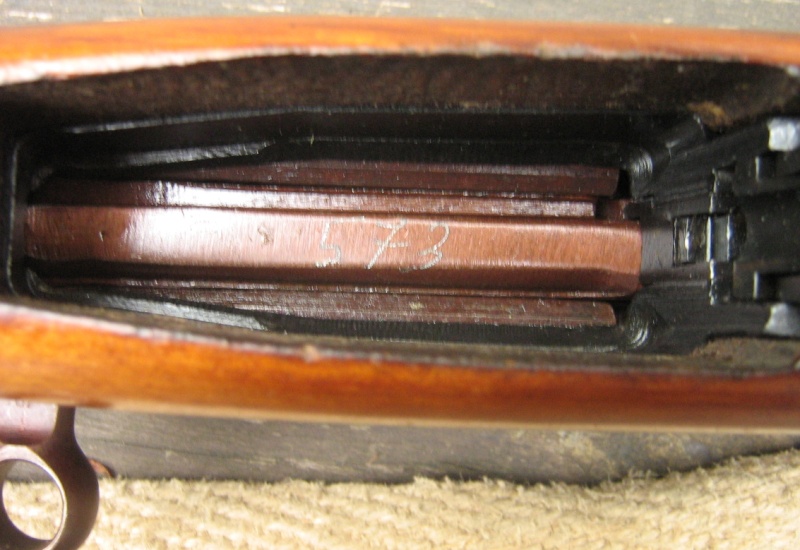 
[quote]SVT - 1940 (Tokarev) Soviet Rifle
By James Bardwell (bardwell@netcom.com )
The SVT (Samozariadnyia Vintovka Tokareva Obreazets) 38 and 40 rifles are Soviet made semi-auto rifles, designed by F.W.Tokarev. The number refers to the year of adoption. Both are chambered for the Russian 7.62x54R cartridge, and are very similar, the SVT-38 is slightly heavier, and employs a side mounted cleaning rod, rather than the 40's under barrel mounted one. The 38 model also uses a two piece wood stock, the 40 a one piece. The SVT-40 model will be focus of this faq, as I don't have access to a 38 model. According to E. C. Ezell, in the book, "Small Arms of the World" (12th Ed.), 1,322,085 SVT-40's were made in the USSR, as compared to 4,450,000 SVT-38's. Only 51,710 sniper versions of the SVT-40 were made. The sniper version is distinguished by two grooves on either side of the receiver, parallel to the bore, to accommodate a scope mount. Some of these grooved receiver rifles are being sold now, although the scopes and mounts seem to be rarer than the rifles that will accommodate them. Aftermarket mounts and scopes are currently available. The SVT rifles were made from 1938-1945, or so.
There was also an automatic rifle (machine gun) version of the SVT-40 called the AVT-40. Very few AVT-40 rifles arelegally in the USA. It essentially is a conversion of the SVT-40, done by swapping the semi-auto trigger assembly for a full auto one, it uses the safety as a selector. The full auto feature of the AVT was meant for emergencies, the rifle is supposedly very hard to control on full auto. A similar problem exists with other automatic rifles in similar calibers, like the FN-FAL and M-14. Additionally the full auto fire would wear out the barrel on the AVT very quickly, and barrel replacement is not an easy job on these rifles. I am told there was a special 20 round magazine made for the AVT rifles, the standard one is 10 rounds.
The SVT rifles first saw combat use in the Winter War (1939- 40) invasion of Finland. They did not perform very well, as with other Russian weapons, the Finns acquired many SVT rifles, "only jammed and dropped once." Part of the problem may have been heavy grease applied at the factory, which gummed up and jammed the action in the cold weather. The fluted chambers on later SVT-40 rifles may have been an attempt to correct for extraction problems experienced in Finland.
There has been a new interest in the SVT-40 rifle in the USA; with the fall of the USSR, and the end of the Cold War, many formerly very rare Soviet small arms are being imported into the USA. The SVT-40 is probably cut off from further import by the recent Crime Bill ban on "assault rifles" (it is a semi-auto that takes a detachable magazine, and has two bad features, a flash hider and bayonet lug). However a number have already been imported by CDI, Swan VT, and distributed by SOG, among others. SVT rifles already in the USA are not affected by the Crime Bill.
The SVT-40 uses some principles that were later incorporated into more modern battle rifles, such as the tipping bolt locking system, and gas piston system both used in the FN-FAL. H&K rifles also employ a fluted chamber to assist in extraction, although the H&K's employment of a different operating system (recoil, as opposed to the gas system of the SVT) makes it more necessary in those guns than in the SVT-40.