J'ai trouvé ça sur le net :
"FN resumed production of the HP in 1954, and it became the most popular military pistol in use outside the Soviet bloc. In 1956 Great Britain and most of the Commonwealth armies adopted the HP, and it was taken into service by the armies and/or police of Denmark, the Netherlands, Austria, Greece, India, Formosa, Luxembourg, Australia, Paraguay, West Germany, Pakistan, Indonesia, Venezuela, Argentina, New Zealand, Peru, Iraq, Syria, Ireland, Colombia, Nicaragua, Jordan, and Israel to name just a few. Many of them still issue it as their standard pistol. Some were also fielded by U.S. Special Forces during the early fighting in Vietnam" 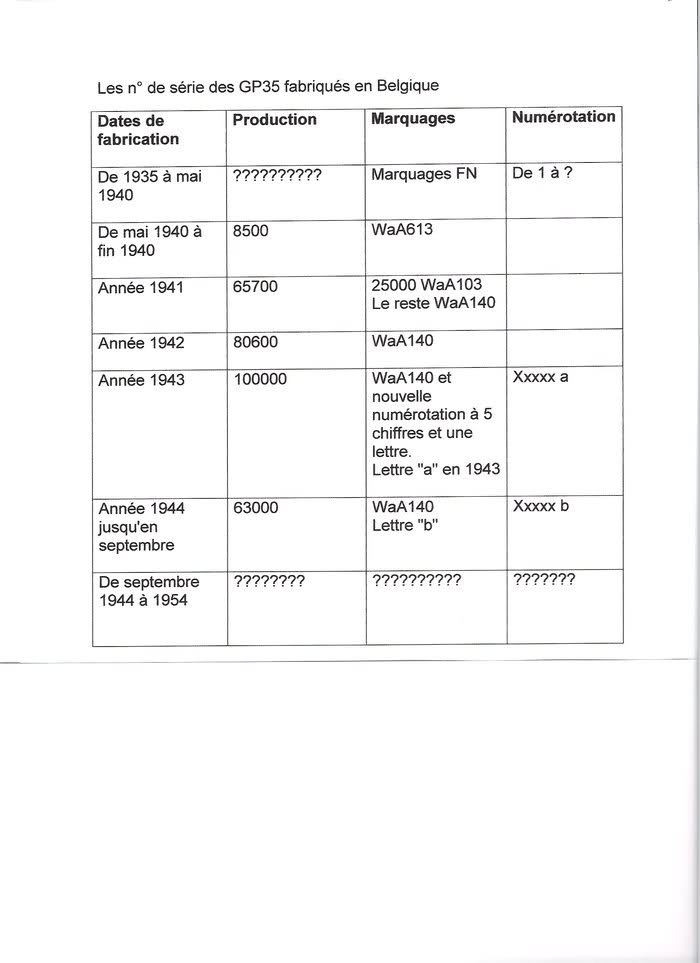 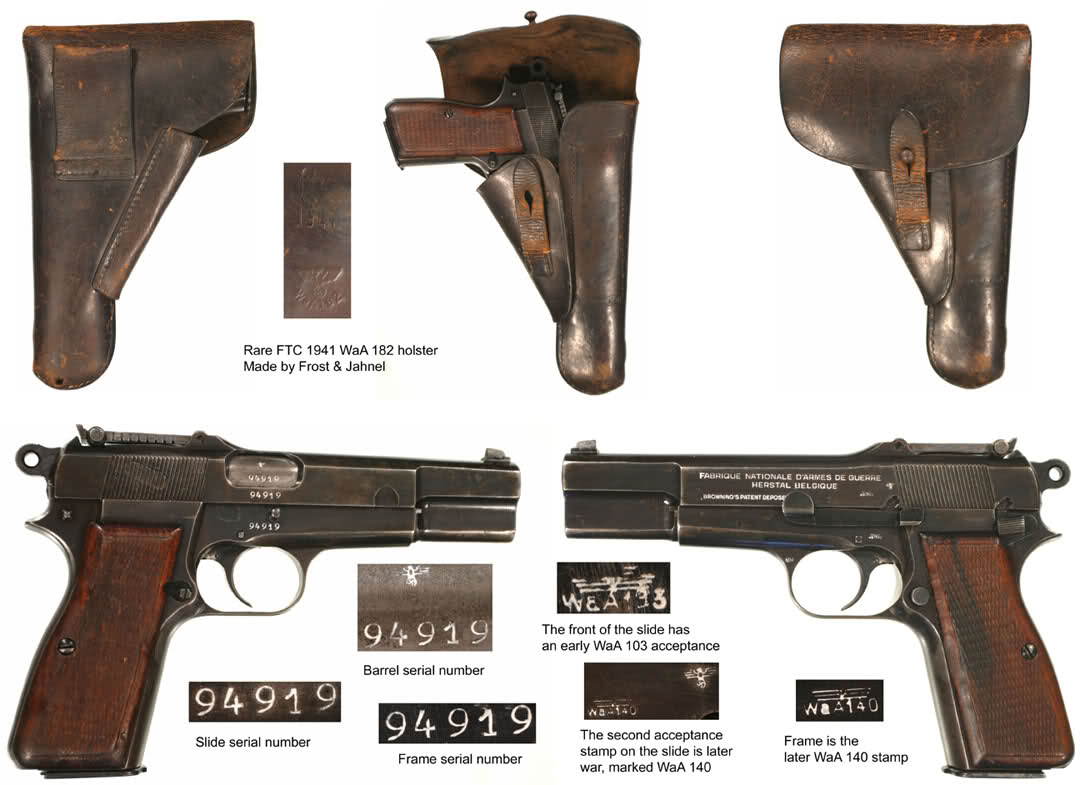 Le texte d'une pub de vente qui donne quelques indications :
"An exceptionally nice War Time produced High Power pistol with serial No. 198401. As the serial no. has no letter suffix and more than 5 digits with Waffenamt 140, we can determine that it was produced from the final months of 1941 to the beginning of 1943. Use of waa 140 commenced with the end of 1940 until September of 1944 when the Nazis abandoned the FN Factory. Serial numbers with small A and B suffixes stamped at the beginning of 1943. Reference Page 81 " The Browning High Power Automatic Pistol "by R. Blake Stevens, expanded 1990 edition. This pistol shows WAA 140 on slide muzzle and frame with Eagle over Swastika in 3 locations......." 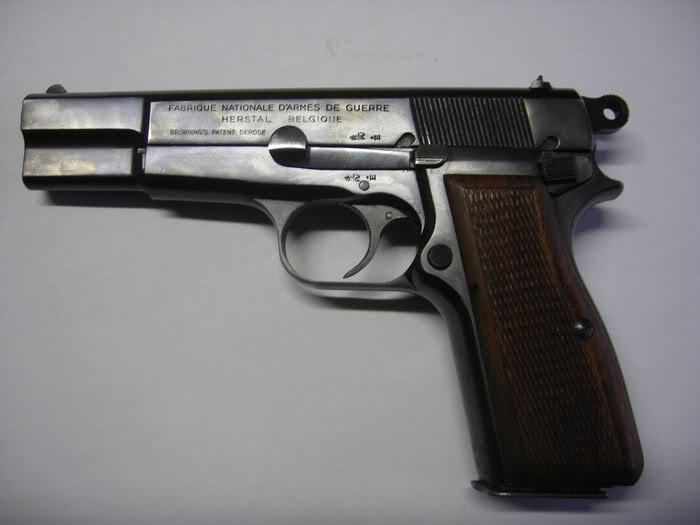 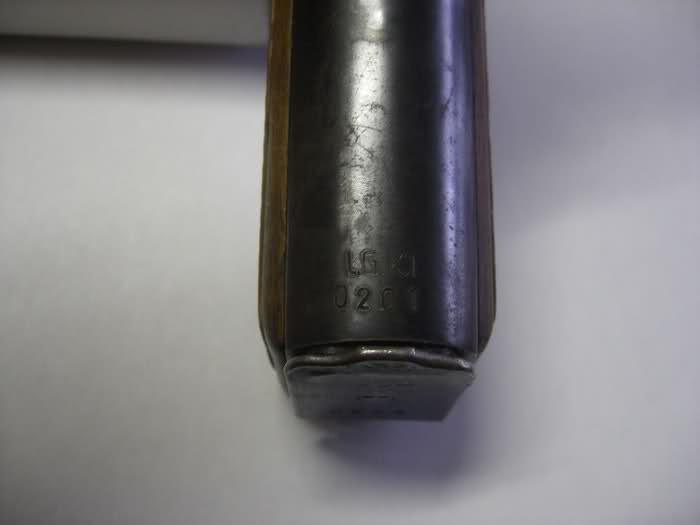 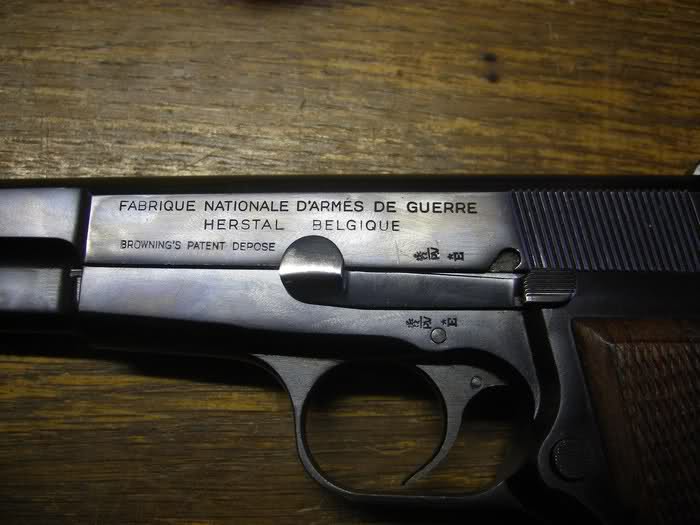 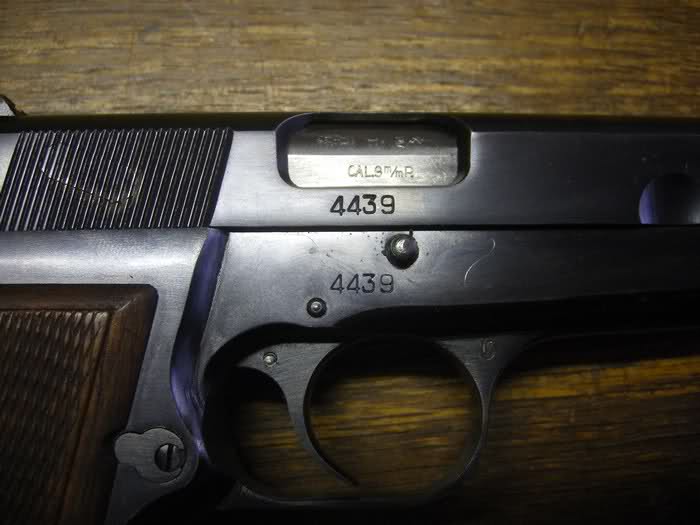 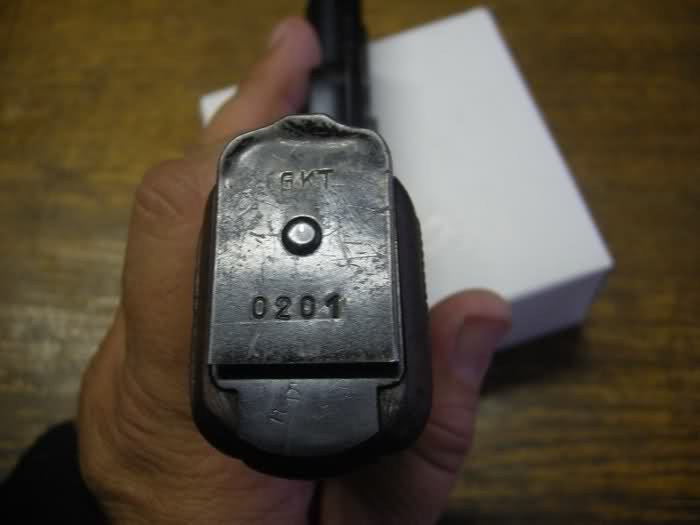 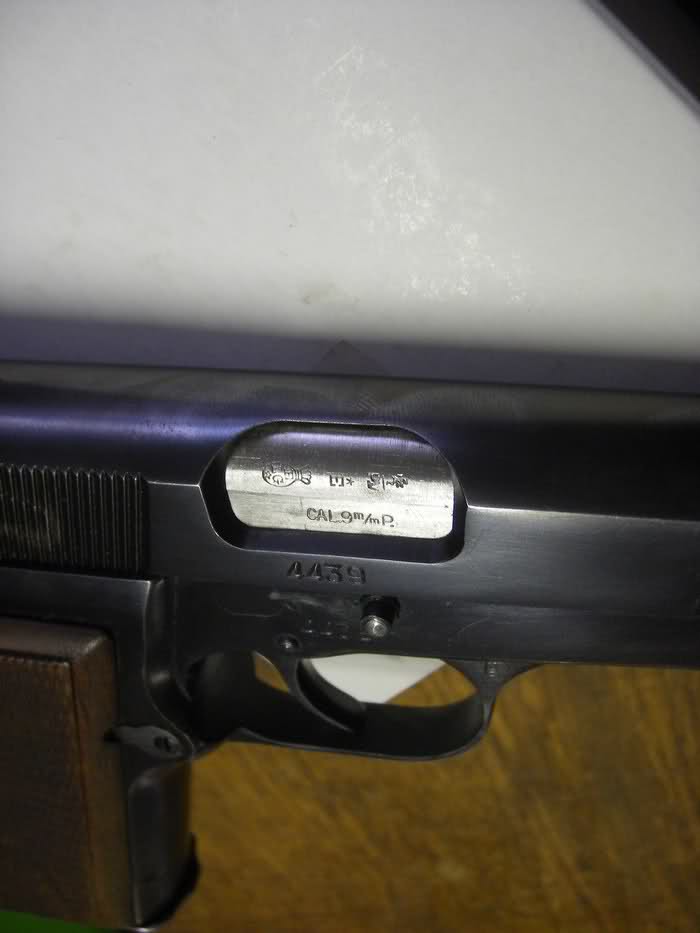 After consulting our gun guru, Leszek Erenfeicht. I hereby present our judgement (with my humble translation of his words):

"So the last picture told us the most, even if it was little blurry!
It's after war production, from Austrian Gendarmerie contracts, years 1947-1957. I was thinking first if its not just-before-the war production (meaning spring 1940, when war starts for Belgians not us, Poles), because of squared locking slot appeared just about then. But after I checked it with the some books, serial number appeared far too low for 1940. Belgian pistols were continiously numerated and in 1939 they reached already 36.000 pieces made, and this one here has only four digits. On the other hand, foreign contracts at Herstal were numbered form 0001 up - so it sounds right. But...until 1939 only Estonians ordered BHP's with fixed sights - and their pistols looked compeletely diffrent. Before the war fixed rear sight on serial production BHP's was practically non-existent feature - and that was an important clue for us.
After the war, "the German style" fixed sights became fashionable, and that was the kind the Austrians ordered. It would be good to measure the width of locking slot*: before the 1950 it was 5,51mm wide, after 1950 5,04mm. Markings on the chamber are of early type, from before 1952, and with serial number being rather low (Austrians receieved over 10.000 BHP's), so I'd bet on wider locking slot and years 1947-52.

And so all fits in place."


Hope that deciphers our enigma. Have fun with it J.!